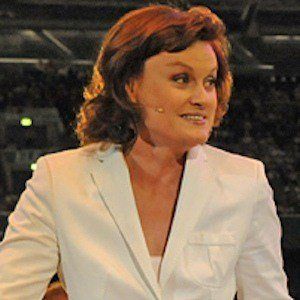 Mezzo-soprano opera singer who has recorded and performed iconic roles in productions by Tchaikovsky, Rossini, and Bellini.

She studied at several schools, including Sofia's Music Academy, performing with the Sofia National Opera while still a student.

She became a teacher of master classes and in 2012 published her first book, I Sing With Heart and Soul.

She was born in Stara Zagora and learned Russian as a second language under the communist regime at the time.

Vesselina Kasarova Is A Member Of