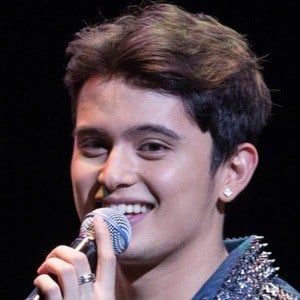 He left his mother and siblings back in Australia when he moved to the Philippines with his father.

He released a number of songs as part of his Scholarship EP including "Hope It's Soon" and "Be Mine."

He was born in Royal North Shore Hospital Sydney, Australia to Robert Malcolm Reid and Maria Aprilyn Marquinez. Through his father he has six other siblings named Andrew, Robbie, Tom, Jack, Jenny, and Lauren. Through his mother he has another sibling name Chantal Calicdan. He began dating Nadine Lustre in 2016, but the pair split in 2020.

James Reid Is A Member Of