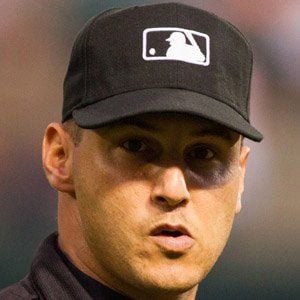 He worked as a telemarketer and served in the Air Force for four years prior to becoming an umpire.

He made his umpiring debut in a game between the Tampa Bay Rays and the New York Yankees.

His father-in-law is umpire Rich Garcia.

He and Joe West are both noted MLB umpires.

Vic Carapazza Is A Member Of