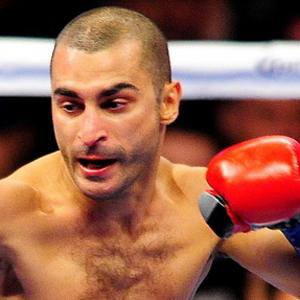 He started boxing at age 8 and was trained by experienced trainer Vazgen Badalyan.

He became the first Armenian to hold a world title after defeating defending IBF Flyweight Champion Irene Pacheco in 2004.

His father, Ruben Darchinyan, was an Olympic wrestling coach.

Vic Darchinyan Is A Member Of