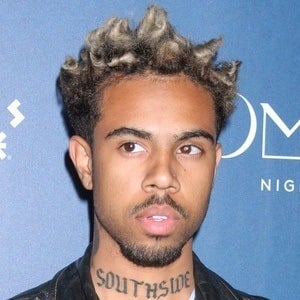 American rapper and former member of the group Kids These Days. The group disbanded in 2013, and Mensa released his mixtape INNANETAPE the same year. The tape was downloaded over 35,000 times in the first month after its release.

He released his first-ever mixtape, Straight Up, in 2010.

He toured with J. Cole and Wale on the What Dreams May Come Tour in 2013.

He was born to an economics professor and a physical therapist.

He gained fame after appearing on Chance the Rapper's acclaimed mixtape Acid Rap.

Vic Mensa Is A Member Of