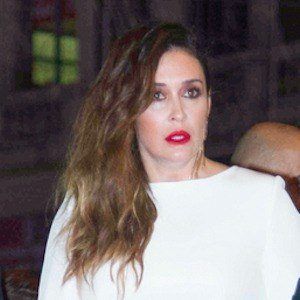 Television presenter and actress most well known for her tenure on Channel nº 4. She also hosted the series #Tendencias and was a contestant on Levántate All Stars in 2016.

She studied marketing and business sciences before she began working as a representative for bullfighters. She then began work as a fashion designer and became known for her festive costumes, flamenco dresses, bridal gowns, and more.

In 2007, she was cast as Laura in the comedy series La familia Mata.

Born to Victoria Martín Serrano and José Luis Martín Berrocal, she has one brother named Rocio. She was married to bullfighter Manuel Díaz González from 1997 until 2001 and they had one child, Alba Díaz Martín-Berrocal.

She acted opposite Elena Ballesteros in the television series La familia Mata.

Vicky Martín Berrocal Is A Member Of