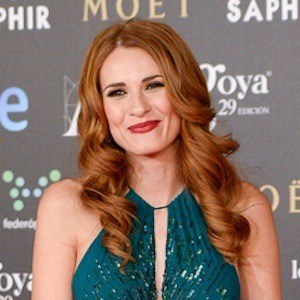 Actress whose role as Isabel Sanz on the series Periodistas made her a star in her native Spain. She has gone on to star on other popular series like La Familia Mata as well as in major feature films like Fermat's Room (2007) and Reverse (2015).

She got her start by appearing in television commercials and made her official debut on the series More Than Friends in 1996.

She has maintained her own Fotograma blog called Now I Think ...

She was married to comedian Dani Mateo from 2010 to 2016. She has a daughter named Jimena with actor Paco Marín

She co-starred with Belen Rueda on Periodistas from 1998 through 2002.

Elena Ballesteros Is A Member Of