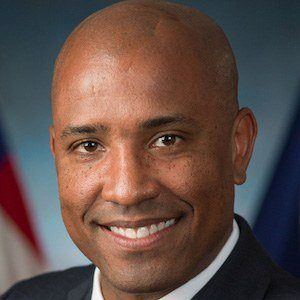 Known as being a member of NASA's astronaut class of 2013. He has served as a Lieutenant Commander of the Navy, and a Naval legislative fellow in Congress.

He graduated from California Polytechnic University with his B.S. in general engineering in 1999. He subsequently obtained his graduated degrees from Air University and the Naval Postgraduate School.

He was selected from amongst the then-second largest candidate pool of over 6,000 applicants in Nasa's history in 2013. He is also a certified F/A-18 pilot.

He was born in Pomona, California. He was subsequently raised between there and Prosper, Texas.

He graduated alongside Anne McClain as a member of NASA's 2013 astronaut class.

Victor Glover Is A Member Of