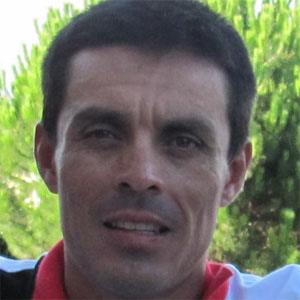 Retired professional cyclist who raced for teams like US Postal and Rock Racing during his successful 14-year career. He is notable for becoming the first Colombian cyclist to wear the yellow jersey as the leader of the Tour de France.

In 1991, he competed in the Junior Pan American Swimming Championships.

His nickname, "El Tiburon," which is Spanish for "The Shark," is a reference to the other sport in which he excelled: swimming.

He has a brother named Ismael.

He served as the domestique for now-disgraced cyclist Lance Armstrong at the 2003 Tour de France.

Victor Hugo Pena Is A Member Of