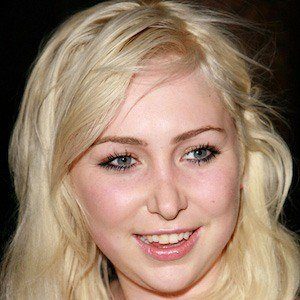 English pop and jazz singer famous for albums like 2007's Whatever Happened to Romance. She has performed at several high-profile events, including the Southport International Jazz Festival and has performed on The Today Show.

She was discovered by producer Geoff Gurd, who overheard her singing at a party, at age fifteen.

She worked as a singing waitress at a London restaurant called The Naked Turtle.

Her parents are American.

She signed a $1 million contract with Decca Records following her performance at a party at the Cannes Film Festival held by actor George Clooney.

Victoria Hart Is A Member Of