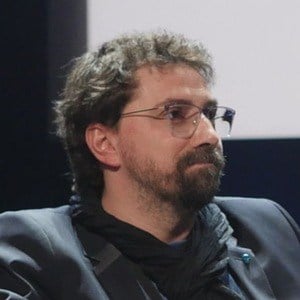 Artist and illustrator who has worked a range of different jobs from graphic novelist to designer to chief creative officer and freelance artist. He has worked with several high profile clients including Nickelodeon, Disney, and Pixar.

He earned his MFA degree from the National Academy of Fine Arts in Sofia, Bulgaria. In 2001, he began working for ImaginEngine, later Foundation 9 Entertainment, where he worked on the video game for The Incredibles.

He has earned several awards and honors for his illustration work including Best Downloadable Game of the Year, several Betsy Awards, and the Bologna Children's Game Award.

He was born and raised in Bulgaria and later moved to the United States in his 20's.

He worked with Steven Spielberg on the Shoah Foundation CD-Roms.

Viktor Kalvachev Is A Member Of