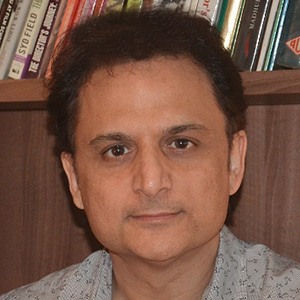 International director who is known for his work in feature films, ad campaigns, and other corporate videos. He is known for running the production company Rao & Sapru and is best recognized for his feature films Sanam Teri Kasam and I Love NY.

After earning his credentials as a Chartered Accountant, he teamed up with Radhika Rao and created his first production company. He started his career as a director and producer for music videos in 1998 and made his directorial debut for feature films in 2005 with Lucky: No Time for Love.

He has won several awards for his directing including the MTV Music Video Award for Kaanta Laga in 2002 and the Screen Videocon Award in 1999.

He was born and raised in Mumbai, Maharashtra, India and married Dhanashree Sapru and together they have two children.

He worked with actor and pianist Adnan Sami on the 2018 feature film Afghan the film.

Vinay Sapru Is A Member Of