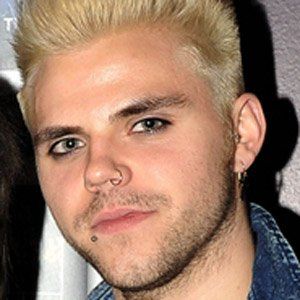 British singer who reached the finals of The Voice UK, a popular television reality talent competition. Performing under his actual name, Matthew Protheroe, he also sang on Season 4 of The X-Factor UK.

He performed on The X-Factor UK when he was only seventeen years old. His X-Factor band, Futureproof, consisted of Protheroe (Kidd), Adam Chandler, Sean Rumsey, and Richard Wilkinson.

He released Sick Love, his first EP, in November of 2012.

He grew up in South London, England with an older brother.

His performance of Madonna's "Like a Virgin" earned him a spot on The Voice UK.

Vince Kidd Is A Member Of