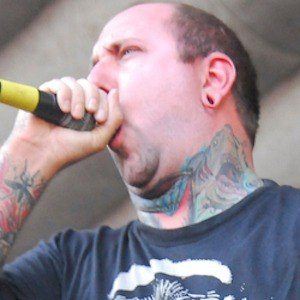 Vocalist and founding member of the metalcore band The Acacia Strain. After the departure of DL Laskiewicz in 2013, he became the last original member still with the band.

He worked with A Day to Remember on their 2009 album Homesick and Whitechapel on the 2010 album A New Era of Corruption.

He married Ashley McMullan in 2013.

He sang with Jeremy McKinnon while working with A Day to Remember.

Vincent Bennett Is A Member Of