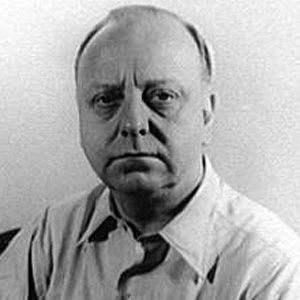 Composer and critic who was instrumental in the development of the 'American Sound' in classical music. He wrote two operas with Gertrude Stein, 'Four Saints in Three Acts' and 'The Mother of Us All.' He also composed incidental music for Orson Welles' version of 'Macbeth' from 1936.

He studied with Erik Satie at Harvard. He was a student under Nadia Boulanger while in Paris where he attained great popularity.

He was awarded the National Medal of Arts in 1988.

He was raised in the Reorganized Church of Jesus Christ of Latter Day Saints. He attended Harvard University thanks to a loan from the Mormon church.

He befriended Ernest Hemingway when he moved to Paris in the 1940s.

Virgil Thomson Is A Member Of