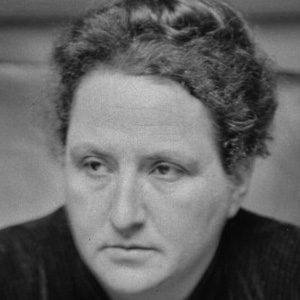 Modernist writer and art collector who attracted such renowned authors and artists as F. Scott Fitzgerald, Ernest Hemingway, and Pablo Picasso to her Parisian intellectual circle. Her numerous literary works include Three Lives, Tender Buttons, and The Making of Americans.

She attended Radcliffe College during the 1890s and experimented with stream-of-consciousness writing, which would develop into an important element of her modernist literary style. She began medical school at Johns Hopkins University but dropped out to move to Europe.

Her life partner, Alice Toklas, was the subject of Stein's popular 1933 memoir, The Autobiography of Alice B. Toklas.

She and James Michener were both acclaimed, Pennsylvania-born authors.

Gertrude Stein Is A Member Of