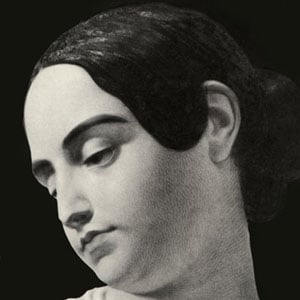 Maryland-born woman most famous for being the wife of acclaimed author Edgar Allen Poe, who was also her first cousin. She died of tuberculosis in January 1842 at the age of 24.

She married Poe in May 1836, when she was thirteen years old.

Her illness and death is thought to be inspiration for many of her husband's most celebrated works, including the poems "Ulalume" and "Lenore."

She had siblings named Henry and Virginia.

Her death so devastated her husband, Edgar Allan Poe, that he turned to alcohol and struggled with alcoholism for the remainder of his life.

Virginia Eliza Clemm Poe Is A Member Of