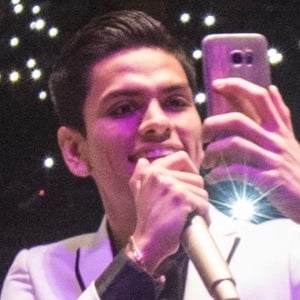 He began to perform alongside guitarist Carlos Gomez and tuba player Edgar Salazar under his self-titled project in April of 2015.

He was featured on the Fuerza de Tijuana track "Soy El Mismo."

He was born in Guasave, Sinaloa, Mexico. He welcomed a daughter named Irlanda in 2017.

He and El Komander both had songs featured on the compilation album Top 20 La Elite De Corridos.

Virlán García Is A Member Of