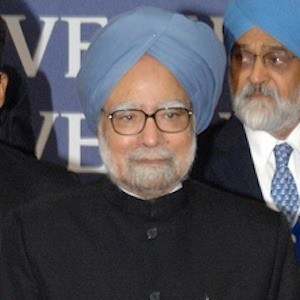 Thirteenth Prime Minister of India and member of the Indian National Congress party and the United Front and United Progressive Alliance coalitions. He assumed office in 2004 and held the distinction of being the first Prime Minister to belong to the Sikh faith.

After receiving his PhD from Oxford University, he worked for the United Nations.

While serving as Indian Minister of Finance, he played a key role in abolishing internal corruption and promoting Indian economic growth.

In 2009, he became the first Indian Prime Minister since Jawaharlal Nehru to be elected to a second five-year term.

Manmohan Singh Is A Member Of