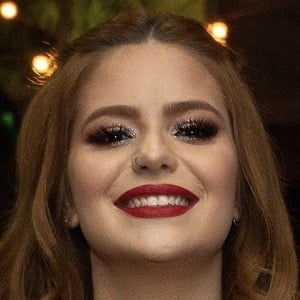 Known also as Viih or Viih Tube, she is a beauty and lifestyle vlogger. Her videos range from vlogs to beauty and style hauls. She has gained a following of 1.1 million on her gomicbeauty Instagram account, and is sponsored by brands like Gomic Beauty.

She began her YouTube channel Viih Tube in 2013 as a makeup tips channel. She soon branched out into DIY crafts, Q&As, and more.

Considered Brazilian internet royalty, she has earned over 11 million subscribers to her YouTube channel. Her most popular video "O ENIGMA - Completo" has gained over 25 million views on YouTube.

She has a sister whose name is Marina. For her Fiesta de Debutantes, she had a large party and was celebrated by her parents, her boyfriend, and her fans.

She and Karol Conka became contestants on the 21st season of Big Brother Brasil.

Vitória Moraes Is A Member Of