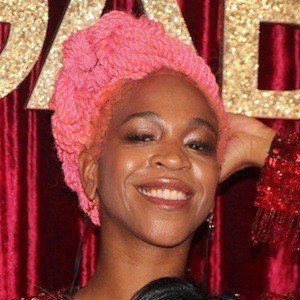 Rapper and producer who is known for her music on a variety of streaming services. Her style is a blend of modern hip-hop and rap with sounds from Brazilian pop and traditional music mixed in.

She first began recording in 2011 when she released her first self titled album "Karol Conka". After playing several shows and releasing more music, she gained a stronger following and popularity when her song "Boa Noite" was featured in the EA Sports video game FIFA 14.

In 2013, she won Multishow's Best New Artist award when she released her debut album Batuk Freak.

She was born and raised in Curitiba, Brazil.

With a song featured in the video game FIFA 14, she can be seen in relation to other artists on the soundtrack including David Dallas, Dan Croll, and Trent Reznor.

Karol Conka Is A Member Of