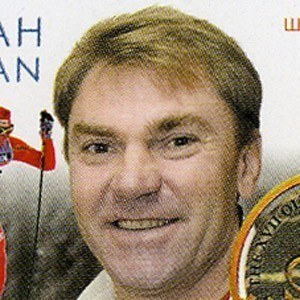 Kazakhstani cross-country skier who won a gold medal in the 1994 Olympics and a bronze in 1998.

He made his professional debut at the FIS Cross-Country World Cup in December, 1982 and finished in 17th place.

He has two daughers, Anna and Karolina, with his wife Valentina.

Vladimir Smirnov Is A Member Of