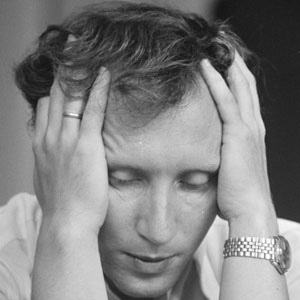 Ukrainian chess player who became a Grandmaster in 1972 and has played for the Soviet Union as well as in the Ukraine.

He was part of the USSR's consecutive wins in the World Student Team Championship from 1966 to 1972 and won nine gold medals as part of the squad.

He came from a Jewish family in Ukraine.

He earned the title of grandmaster in 1972, the same year as Swedish champion Ulf Anderson .

Vladimir Tukmakov Is A Member Of