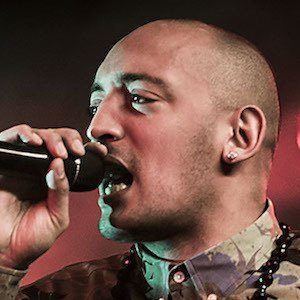 Reggae and soul singer-songwriter who first rose to fame in 2011 for his debut album Du ved det. The album peaked at #4 on the Danish charts after its release. He is also known for the 2011 platinum-selling single "En anden."

He originally wanted to become a basketball player and played for the French national youth basketball team. He even received a scholarship from an American college.

In 2016, he won a Robert Award for Best Song for the single "Svæver over byen."

His father is a musician and is of African descent. His mother, Ingrid Jolivel, is Danish-French and has ancestry from Denmark, France, Tanzania, Congo, Malawi and Oman. His full name is Wafande Pierre Jolivel Zahor.

In 2014, he became a judge on Voice Junior alongside Joey Moe and Oh Land.

Wafande Is A Member Of