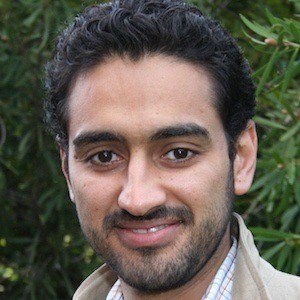 Co-host of the Network Ten television news program The Project who has also served as a writer, lawyer and musician. He has previously hosted ABC TV's Big Ideas and ABC News 24, and authored a book called People Like Us: How Arrogance is Dividing Islam and the West.

He completed International Baccalaureate at Wesley College in 1996 before studying engineering and law at the University of Melbourne. He then worked as an associate to a Family Court judge before working as a solicitor and pro bono lawyer with the Human Rights Law Centre.

He joined the staff of the Global Terrorism Research Centre at Monash University and became head of public affairs for the Islamic Council of Victoria. He played lead guitar for a rock band called Robot Child.

He is a Sunni Muslim who was born in Melbourne, Australia to Egyptian parents. He married Dr. Susan Carland in 2002; they have two children: Aisha and Zayd.

He and poet Elizabeth Riddell have both received recognition by the Walkley Awards.

Waleed Aly Is A Member Of