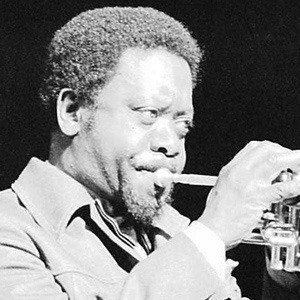 Trumpet player who was a traditional 1930's jazz player who also played swing, bop, and R&B.

He played with the The Young Tuxedo Brass Band at the age of thirteen.

He served in the U.S. Navy during World War II and got into swing and bop upon his return to the United States.

He was born and raised in New Orleans.

He worked with a variety of groups and individual musicians, including Sammy Davis Jr.

Wallace Davenport Is A Member Of