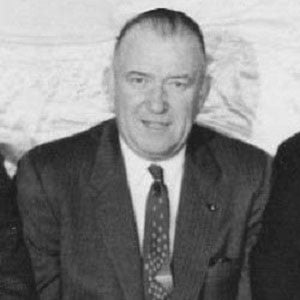 American sports figure most famous for having been the founder and owner of the NBA's Boston Celtics. He is also a key player in the foundation of hockey in the United States, serving as the President of the International Ice Hockey Federation from 1954 to 1957.

He graduated from Philips Exeter Academy in 1926 before succeeding his father as the manager of the Boston Garden.

He has the unique distinction of being an inductee into both the Hockey Hall of Fame and the Naismith Memorial Basketball Hall of Fame.

He and Danny Ainge have both served as the general manager of the Boston Celtics.

Walter A Brown Is A Member Of