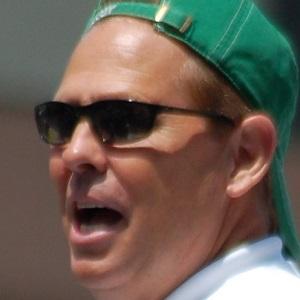 Shooting guard and three-point specialist who won two NBA titles with the Boston Celtics in the 1980s; became Executive Director of Basketball Operations for the Celtics in 2003.

He attempted a baseball career with the Toronto Blue Jays before turning to basketball.

He coached the Phoenix Suns for three seasons after retiring.

He married Michelle Ainge in 1979 and he has six children, Austin, Taylor, Tanner, Cooper, Crew and Ashley.

He played the first eight years of his career with the Boston Celtics alongside Hall of Fame forward Larry Bird.

Danny Ainge Is A Member Of