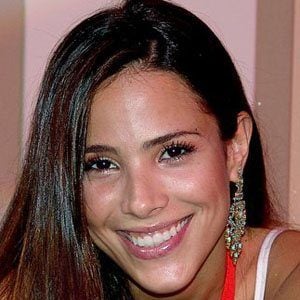 Brazilian singer and songwriter who has won multiple awards since 2001 including five Premio Jovem Brasileiro awards from 2008 to 2011. As of 2014, she has released seven studio albums.

She has worked as a spokesperson for companies such as Maybelline and has been the ambassadress for the organization SOS Mata Atlantica.

Her father is musician Zezé Di Camargo. She married businessman Marcus Buaiz in May 2007. Together they have two children, José Marcus and João Francisco.

She released her first English single Fly in 2009, which featured rapper Ja Rule.

Wanessa Camargo Is A Member Of