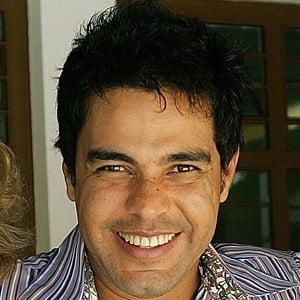 One half of the musical duo Zezé Di Camargo & Luciano with his brother, Welson David de Camargo. The pair first rose to fame in 1991 for their debut self-titled album. Since, they have released over a dozen albums.

As a child, he was a member of the musical duo Camargo e Camarguinho.

He has three children, Camila, Wanessa, and Igor. His sister, Luciele, is also a well-known actress.

Both he and Paula Fernandes are popular Brazilian singers.

Zezé Di Camargo Is A Member Of