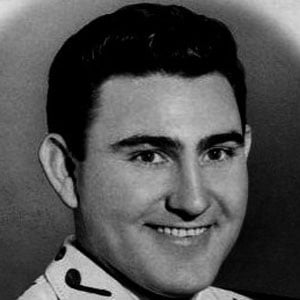 Country musician and honky tonk artist who had a thirty-seven week #1 single with "In the Jailhouse Now" in 1955.

He started playing guitar on a local Louisiana radio station at age fifteen. He later was welcomed as a member of the Grand Ole Opry.

He scored an impressive thirteen #1 country singles in his nearly thirty-year long career.

He featured Kitty Wells on his top-ten 1957 single "Oh So Many Years."

Webb Pierce Is A Member Of