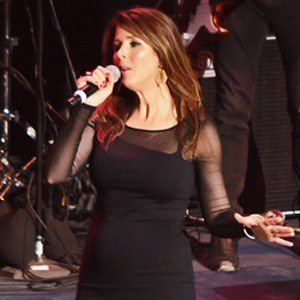 Member of the pop trio Wilson Phillips who has also made many appearances on television shows like Supernanny.

She started Wilson Phillips with childhood friend Chynna Phillips when they were teenagers.

She was part of the vocal group California Saga, which performed during the intermission of The Beach Boys' fiftieth anniversary show at the Hollywood Bowl.

She married producer Daniel Knutson in 2002. Together they have four sons.

Wendy Wilson Is A Member Of