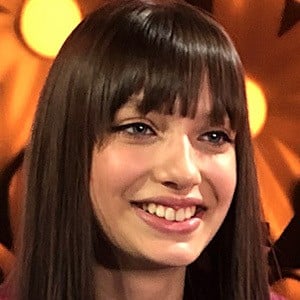 Singing sensation with a debut single called "Time" that was released in February of 2019. She represented Poland and won with the song "Superhero" at the 2019 Junior Eurovision Song Contest.

She was a finalist on the second edition of The Voice Kids Poland.

Her song "Superhero" peaked at number 17 on the Polish Airplay Top 100.

Her full name is Wiktoria Genowefa Gabor. Though born in Germany, she spent her childhood in the UK and later moved to Krakow, Poland.

She would be competing at the Junior Eurovision Song Contest that had previously been won by Polina Bogusevich.

Wiktoria Gabor Is A Member Of