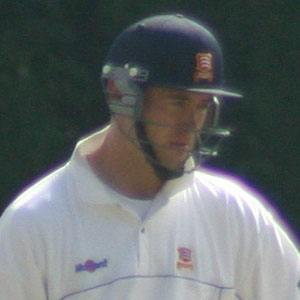 English former cricketer who played teams like Essex and Leicestershire during his thirteen-year career. At six feet and ten inches, he is one of the tallest professional cricketers ever.

He was born in Derby and began his professional career with Essex in 2000.

He severed tendons in his wrist while opening a window prior to the start of the 2006 season.

He was teammates with team captain Matthew Hoggard at Leicestershire.

Will Jefferson Is A Member Of