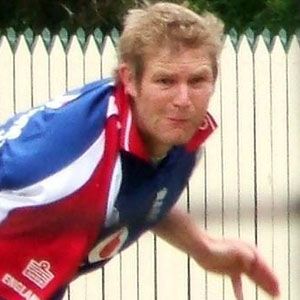 He began playing cricket at the famous Bradford League club and made his first-class debut in 1996.

His Man of the Match-winning performance for England against India in 2006 resulted in him being ranked as the 4th best Test match bowler in the world.

He and Andrew Caddick were part of the team that represented England in the 2003 Cricket World Cup.

Matthew Hoggard Is A Member Of