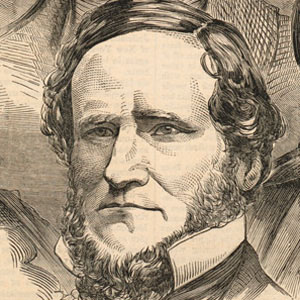 American politician who served in the United States House of Representatives for Mississippi from 1853 to 1861. He fought in the Confederate Army during the U.S. Civil War and was killed in the Battle of Gettysburg.

He attended the University of Nashville. He later gave up his law practice in Mississippi to run a pro-slavery publication.

Following the Battle of Malvern Hill (later referred to as "Barksdale's Mississippi Brigade"), he was promoted to the rank of Brigadier General.

His younger brother, Ethelbert Barksdale, served in the U.S. Congress and later in the Confederate Congress.

He fought in the Confederate Army alongside General Robert E. Lee.

William Barksdale Is A Member Of