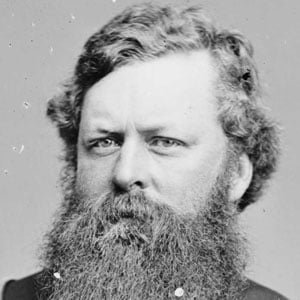 U.S. Civil War hero who served in the Union Army and also briefly held the position of United States Secretary of War.

He graduated from Georgetown University's School of Law.

He held the rank of Major General during the Civil War.

He was appointed U.S. Secretary of War by President Ulysses S. Grant .

William W. Belknap Is A Member Of