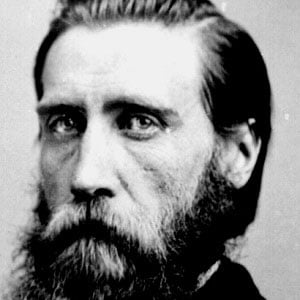 Kentucky-born military general who served in the Confederate Army during the American Civil War. He participated in the Atlanta Campaign, The Battle of Gettysburg, and the Franklin-Nashville Campaign.

After graduating from the United States Military Academy, he was stationed as a junior Army officer in both Texas and California.

As a result of the Battle of Gettysburg, he lost the use of his left arm. Following the Battle of Chickamauga, he suffered the amputation of his right leg.

He grew up in Owingsville, Kentucky. After the Civil War, he moved to Louisiana, where he married and had eleven children with Anna Marie Hennen.

He served under General Robert E. Lee's command in the 1862 Seven Days Battles.

John Bell Hood Is A Member Of