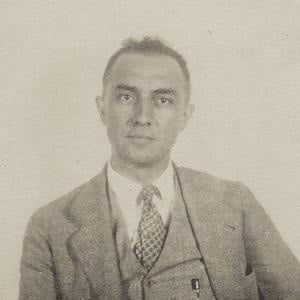 Pulitzer Prize-winning poet who is remembered for Spring and All, a 1923 poetry collection that contains his most famous poem, "The Red Wheelbarrow." His later works include Journey to Love and the National Book Award-winning Paterson.

He studied at the University of Pennsylvania School of Medicine and began his lifelong career as a family doctor.

His work, as exemplified by his famous poem "The Red Wheelbarrow," is often associated with both Modernism and Imagism.

He married Florence Herman after being rejected by her older sister.

He was impressed and intimidated by T.S. Eliot's The Wasteland.

William Carlos Williams Is A Member Of