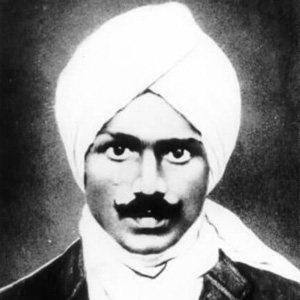 Indian Tamil poet, author, and activist whose works are known for their social, political, and religious themes. His noteworthy works include Panjali Sapatham and Pappa Pattu.

He studied poetry and music while attending a Hindu primary school in Tirunelveli.

He took a revolutionary stance in the Indian Independence movement and was arrested in 1918.

His father arranged a marriage between the fourteen-year-old Bharathi and his seven-year-old cousin, Chellamal.

Subramanya Bharathi Is A Member Of