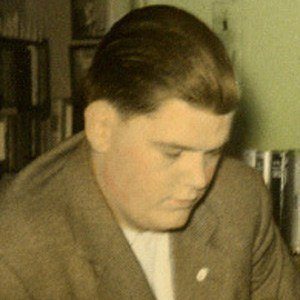 American chess Grandmaster and former Catholic priest who had one of the most successful careers in modern American chess.

He burst onto the chess scene by winning the 1956 Canadian Open Chess Championship at the age of 18.

He was first board for the U.S. Team that won the 1960 World Student Team Championship.

He was one of Bobby Fischer's earliest and most influential coaches, and considered him for a time to be like family.

He was one of Bobby Fischer's greatest coaches.

William Lombardy Is A Member Of