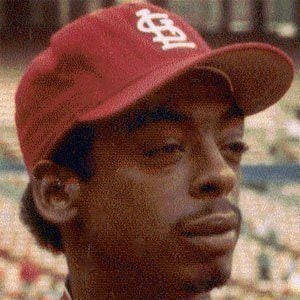 He played in the New York Yankees' minor league system for many years before entering the majors.

He had 6 siblings and his father Hurdice was hesitant to the idea of him playing baseball for religious reasons.

He and Albert Pujols both helped deliver World Series Championships to St. Louis.

Willie McGee Is A Member Of