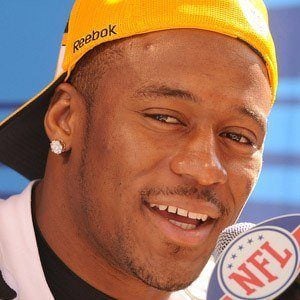 Lightning quick ex-NFL running back who set a Super Bowl record with a 75-yard TD run. He was a 2-time Pro Bowl selection as a member of the Steelers from 2004 to 2009.

He played college football at North Carolina, however he didn't get much playing time throughout his career.

He nearly set the Steelers' single game rushing record in 2002 when he rushed for 213 yards in a win against the New Orleans Saints.

His cousin is Leonard Henry, an ex-NFL running back who played for 3 NFL teams.

He won Super Bowl XL and XLIII, and each team was quarterbacked by Ben Roethlisberger.

Willie Parker Is A Member Of