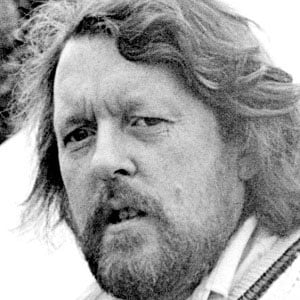 Twentieth-century British cartoonist, satirical writer, actor, and comedian. He appeared on the satirical BBC series That Was the Week That Was (TW3) and started the satire magazine Private Eye.

During his time at the Shrewsbury School, he contributed cartoons to the school's literary publication and to a satirical magazine called The Wallopian.

For more than two decades, he served on the panel of I'm Sorry I Haven't a Clue, a popular BBC 4 quiz show.

He grew up in London, England. He married Arlene Dorgan in 1968.

He and comedian Barry Cryer toured throughout the United Kingdom, performing a comic theatrical piece called Two old Farts in the Night.

Willie Rushton Is A Member Of