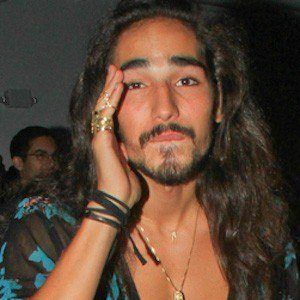 Androgynous model whose fame exploded after he was chosen as a face for Givenchy's Riccardo Tisci Fall/Winter campaign in 2010. He has since gone on to star in countless editorial and advertising campaigns for numerous fashion labels.

Some of his early modeling gigs were in 2010 appearing in editorial campaigns for magazines like Vogue Hommes Japan, GQ Style Germany, and WAD Magazine.

He was born in Paris, France, to Leah Cartier and Jack Servoz. He is of Vietnamese, Senegalese, and French heritage.

In 2013, he starred alongside Natalia Vodianova in the Guerlain advertising film La Légende de Shalimar.

Willy Cartier Is A Member Of