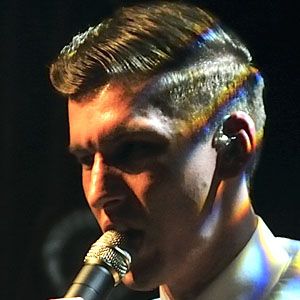 New Zealand-born singer whose hit song "Yeah Yeah" was used in a 2012 Apple iPod TV commercial and peaked at #28 on the UK Singles Chart. He released his first album, Here's Willy Moon in 2013.

He was first noticed for his song "I Wanna Be Your Man," which he uploaded to MySpace.

In March 2015, he was fired as a judge from New Zealand X Factor for his comments towards a contestant.

He grew up in Wellington, New Zealand. He married singer Natalia Kills in 2014, whom also was fired as a judge on X Factor.

Willy Moon Is A Member Of