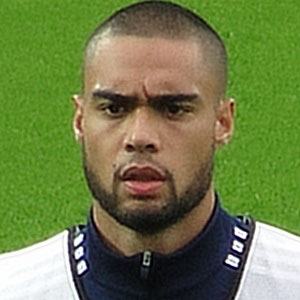 New Zealand defender who won the Football League Championship play-off Final with West Ham United in 2012. He has played for both Denmark and New Zealand internationally, representing the latter at the 2010 FIFA World Cup.

He was one of the first players to graduate from the youth academy of FC Midtjylland. He made his professional debut with the club in 2005.

He received the Hammer of the Year award as the best player on West Ham United for the 2012-13 season. He was just the third non-European to win the award.

His mother and father are of Tainui and Te Rarawan descent, respectively. He has a Dutch stepfather.

He was teammates with goalkeeper Glen Moss on the New Zealand squad at the 2010 FIFA World Cup.

Winston Reid Is A Member Of