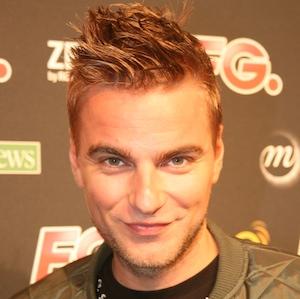 Part of the DJ-producer duo known as Showtek alongside his brother Sjoerd. They are well known for their track "Booyah," which peaked in the top 5 on the UK singles chart.

He and his brother exploded onto the scene following the release of their single "Cannonball."

He is a wiz kid perfectionist who pairs his endless love of music with his extensive memory and passion for sports.

He was born in Eindhoven, Netherlands.

He is part of a brother DJ duo similarly to Guy Lawrence of Disclosure.

Wouter Janssen Is A Member Of