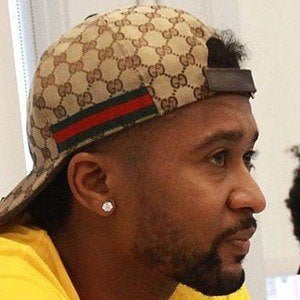 DJ and producer who has collaborated with artists such as Gucci Mane, Waka Flocka, Future and more on his way to producing hundreds of songs. Between 2009 and 2015, he put out fifteen mixtapes, including eight alone in 2015.

He began working with Gucci Mane extensively upon moving to Atlanta, Georgia.

He has produced films called Birds of a Feather and Weed Man.

He was born Xavier Dotson in Germany and would grow up in San Francisco, California. He married his wife Stephanie in August 2008. They have a son and a daughter.

He worked with Usher on his top 40 hit "Papers" and with Migos on their Hot 100 hit "Versace."

Zaytoven Is A Member Of