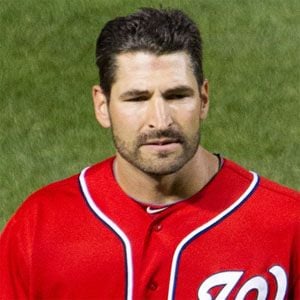 Corner outfielder and first baseman who made his MLB debut in 2000 with the San Diego Padres and joined the Chicago Cubs in 2010.

He set a Pac-10 slugging percentage record at the University of California, Berkeley.

Dependable first baseman Sean Casey was his teammate on the Pittsburgh Pirates.

Xavier Nady Is A Member Of